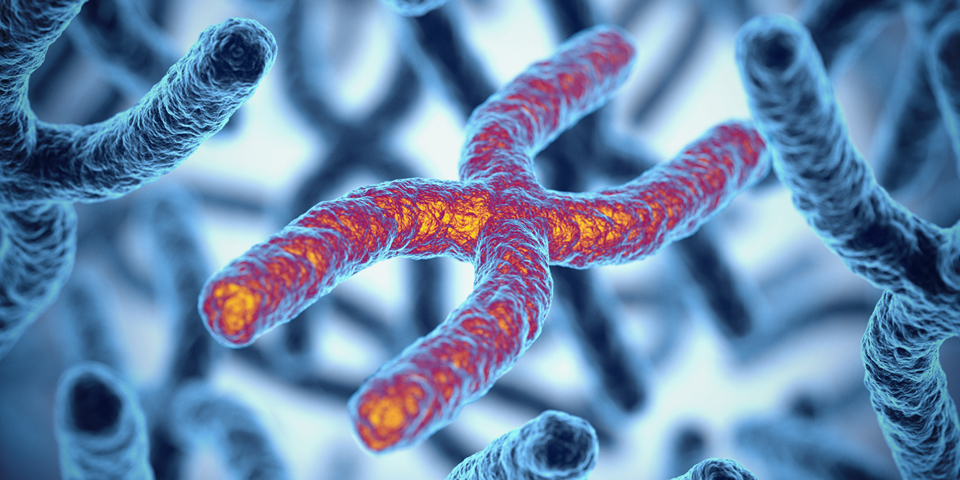 Researchers now believe DNA can be used to predict the early disease onset of some age-related diseases, according to initial findings by Patrick Allaire, Ph.D., project scientist at the Center for Precision Medicine Research at Marshfield Clinic Research Institute.

His research has found an association between telomere length and the early disease onset of some age-related diseases including type 2 diabetes and heart diseases.

Telomeres are structures at the end of a chromosome, which make up DNA. A telomere stops a chromosome from deteriorating and from fusing with other chromosomes, but these shorten as we age.

When telomeres become too short, they trigger a program to make cells senescent. This is a non-functional cell state that stops the cell from accruing catastrophic DNA damage.

These senescent cells are not silent. They can cause local inflammation and if not removed, will interfere with organ function. Thus as telomeres shorten, the chance of contracting an age-related disease increases.

“The root cause of aging is at the cellular level," Allaire said. “A bevy of research has shown that targeting senescence cells can reduce the effects of aging."

Dr. Allaire measured the telomere length of the DNA of all participants in the Personalized Medicine Research Project, which is a large collect​ion of biological samples and health information for use in biological research.

After correcting for age, he then took data from the patient's medical records and compared it to each participant's telomere length. This resulted in 56 different hits where telomere length was associated with a condition.

“Telomere length does not predict the onset of all diseases," Dr. Allaire said. “However, short telomeres at birth appear to be associated with earlier onset of type 2 diabetes, atherosclerosis and heart failure."

Dr. Allaire hopes this research will be able to one day predict whether certain people are at risk of early onset for certain conditions from birth.​