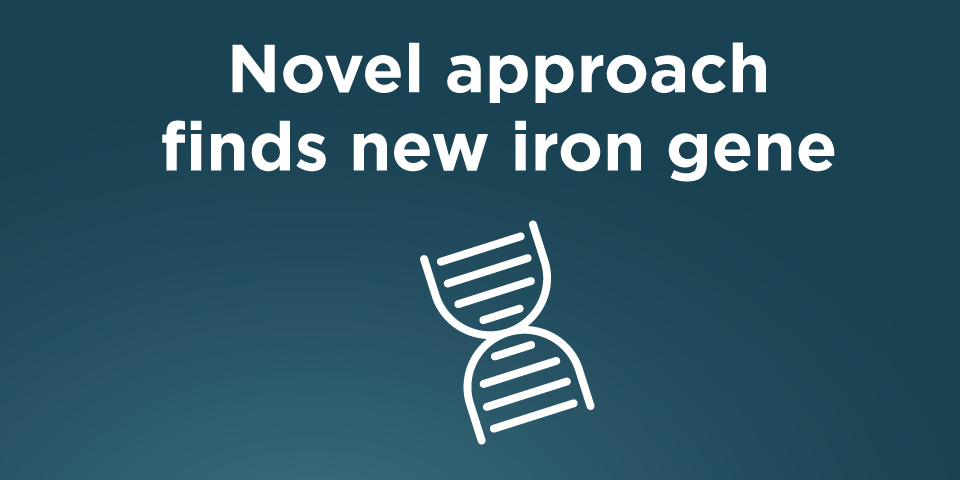 Researchers from the Center for Precision Medicine Research at Marshfield Clinic Research Institute recently used a novel approach to mapping disease genes to discover a gene, fibroblast growth factor 6 (FGF-6), that plays an important role in the regulation of iron levels.

The researchers believe treatments targeting this gene could help those with conditions such as hemochromatosis, anemia, cancers and systemic sclerosis. These findings were recently reported in the leading hematology journal, Blood.

The new approach finds genes with genetic variants that disrupt the function of both copies of a gene on a pair of chromosomes and could find additional genes for other conditions.

“This method provides a new angle to identify disease genes which cannot be discovered by conventional approaches. We are working on using this novel method to discover genes for other diseases such as type 2 diabetes or rheumatoid arthritis,” said Shicheng Guo, Ph.D., one of the primary authors of the study and postdoctoral fellow for Marshfield Clinic Research Institute.

Upon further testing, the team found that the FGF-6 gene interacts with a network of iron metabolism proteins and could be used to regulate iron for patients. FGF-6 decreases iron uptake in liver cells and increases the amount of a hormone involved in iron levels called hepcidin. Hepcidin plays a key role in regulating the entry of iron into our circulation. In the future, therapies using the FGF-6 mechanism may be able to decrease iron levels in people with iron overload or increase iron levels in people who are anemic.

“Not only have we used this method to gain new insights into how iron metabolism works, but we are now actively investigating several other diseases with this new tool and have some promising leads. None of this work would be possible without people volunteering to participate in research at Marshfield and generous donations to the Research Institute - we are extremely grateful,” said Steve Schrodi, Ph.D., an associate research scientist at the Research Institute and one of the corresponding authors of the study.

More about the study

By specifically looking at disruptive variants on both copies of a gene, the researchers were able to discover FGF-6. The authors speculate that the large number of very rare genetic variants found in humans may produce these effects across a wide array of diseases as individuals without one copy of a normally functioning gene may be predisposed to pathologies.

Genome-wide association studies have difficulty finding these genes, but the new recessive diplotype scan is a powerful method to discover these disease genes. Once these disease genes are found, they can serve as targets for new treatments.

In the study, the authors not only show that the FGF-6 protein regulates a key hormone in iron metabolism, hepcidin (encoded by HAMP), but that the loss-of-function variants in FGF-6, strongly attenuate the signaling in this important iron pathway.

The researchers also show that FGF-6 changes the uptake of iron into cells. Further, they demonstrate the involvement of FGF-6 in the iron overload condition observed in cancers and systemic sclerosis.

The authors provide evidence that the disruption of iron metabolism by the FGF6 variants are driven by dysfunctional binding to heparin and the FGF receptor (FGFR). As such, the study provides a new understanding of the mechanisms underlying iron homeostasis and may aid the development of therapeutic interventions for patients with hemochromatosis and possibly anemia.

This study was completed through a collaboration between the Marshfield Clinic Research Institute, University of Wisconsin-Madison, Fudan University, The Ohio State University, Soochow University, Marquette University and the Fudan Huashan Hospital.