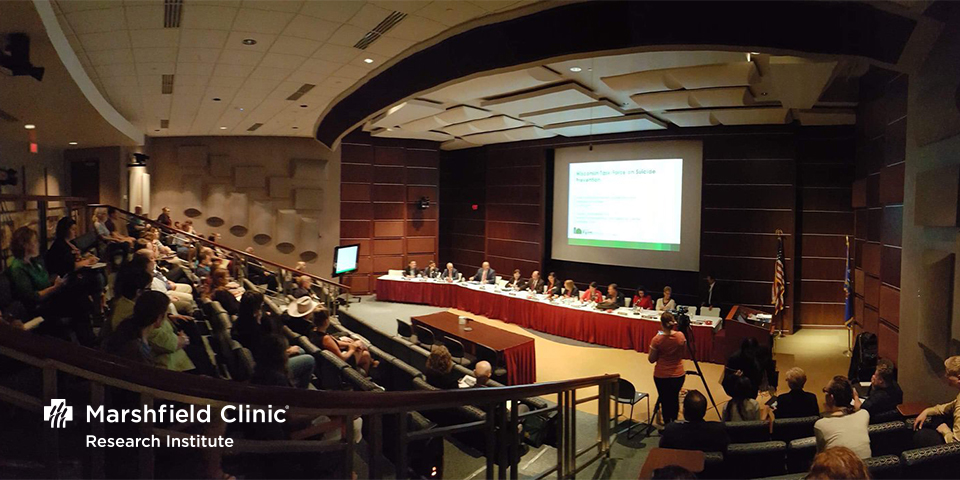 Farmers are known for keeping their feelings and how they deal with challenges to themselves. Suicide is an all-too-common result, and is yet, likely underreported.

The 15-person Assembly task force heard from Casper Bendixsen, Ph.D., director, National Farm Medicine Center at Marshfield Clinic Research Institute, who was one of three featured speakers at the hearing. Farmer suicides are likely underreported, in part due to their isolation, stigma and farming being a second or past occupation.

"We need to get past being reactive," said Bendixsen. "We can't wait for another economic downturn to care. We need long-term robust solutions to this problem even when the economy is good."

Bendixsen said data appears to show even when the agriculture economy is up, farmers are still dealing with stress.

"Agriculture is one of the most dangerous professions in the country," he said. "If we are able to reduce injuries and illness that also will bring down mental stress."

Potential solutions could include increasing mental health professionals in rural communities, better insurance coverage and better research on the connection between mental health and dangerous work.

John Shutske, a professor and extension specialist at the University of Wisconsin-Madison Division of Extension, called for a holistic approach.

"We're all looking for that one thing that's just going to make a difference and solve all of these issues and these problems," he said. "Unfortunately, that magic solution does not exist."

Angie Sullivan, supervisor at the Department of Agriculture, Trade and Consumer Protection's Farm Center, was the third featured speaker at the hearing. She said requests for the agency's voucher program for counseling are up about 36% this year.

Following the three speakers, members of the public were able to testify to the task force about their own experiences.

This was the first time a legislative hearing was hosted on the Marshfield campus in recent history.

"The legislators were impressed and I think we did a great job of demonstrating the work we do at the National Farm Medicine Center and throughout Marshfield Clinic Health System," said Ryan Natzke, Chief External Affairs Officer.