Leon Sheets heard a “WHOOM” and a “BOOM” before a fire ball engulfed him, burning 20 percent of his body and melting his glasses.

“The first couple days in the hospital you’re asking when can you get up and go, and they’re talking, ‘I don’t know if you’ll be back doing your career or not, Leon,’” said the Ionia, Iowa, hog farmer. “That’s sobering.”

The dangers of methane gas are one of the topics featured in the new Telling the Story Project (www.tellingthestoryproject.org/), in which farmers and families affected by injuries and close calls tell stories with prevention messages.

Sheets, selected America’s Pig Farmer of the Year in 2017, had been pressure washing his swine finishing building and inadvertently released methane gas into the air when spray broke foam bubbles on the manure beneath the slatted floor. The pilot light on an LP heater provided ignition.

“On a whim ... I looked at the washer and said, ‘I will take this washer, make a couple three passes, and I’m out.’ I wasn’t at it very long when all of a sudden there was a ball of fire and a loud ‘kaboom.’ I really couldn’t see, the door blew open, and drastic changes happened in my life,” said Sheets, who has endured skin grafts and other follow-up.

Sheets doesn’t need to be reminded that National Farm Safety and Health Week is coming up, September 16-22. The fourth anniversary of his traumatic incident is Sept. 15. Read Leon’s Story.

Sheets and his fellow story-tellers have a common motivation: help others learn from, and avoid, the same type of incidents they endured. The first set of stories address manure gases, ATVs, entanglements, falls, ladder failures, flash fires and a common cause of trauma: taking a shortcut.

Telling the Story Project content is meant to be shared. Farmers, media, teachers, Extension, and safety professionals are especially encouraged to link to the stories and repurpose content. Terms of use for republishing and crediting are explained at www.tellingthestoryproject.org/use-our-stories.

The project is made possible by through funding from the National Institute for Occupational Safety and Health (NIOSH) Agriculture, Forestry and Fishing Program.

CUTLINE: Leon Sheets’ wife, Barbara, is cutting grass on their Ionia, Iowa, farm while Leon heals from recent plastic surgery on his ears and back. Leon hopes this is the last in a series of surgeries since being badly burned in a 2014 methane gas explosion in his swine finishing building. (Stephanie Leonard photo) 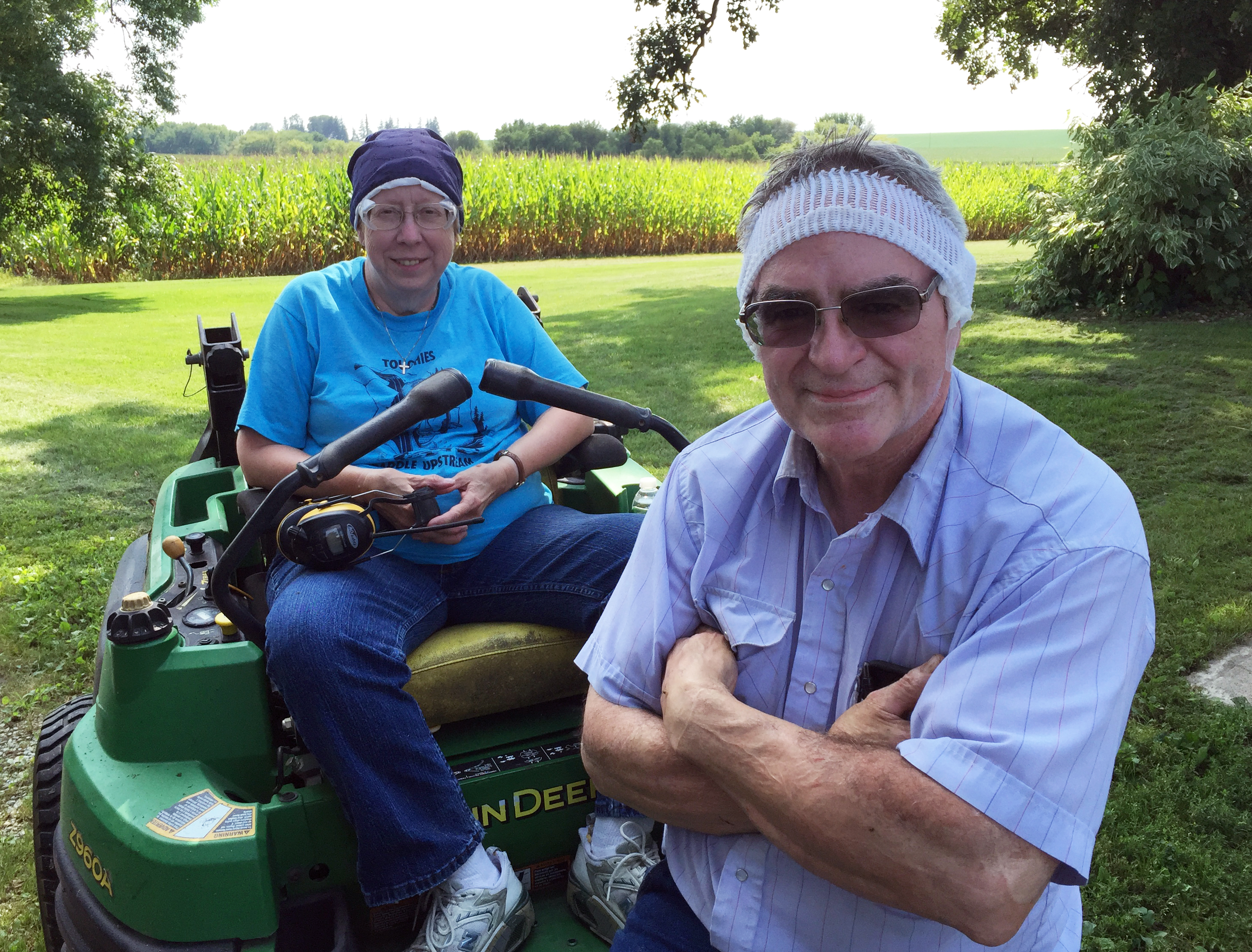