Fire and rescue workers from 32 departments across Wisconsin learned hands-on techniques to handle agriculture emergencies, and 14 individuals learned how to teach rescue techniques to other emergency responders Oct. 21-22 during the 2022 Agriculture Rescue Training held just outside Marshfield.

“I was very happy with the turnout,” said Pittsville Fire Chief Jerry Minor, lead instructor. “Getting the word out is working.”

Minor said planning is underway for the fall 2023 training, which will be the third in a five-year project.

Minor said the idea to train others to be trainers came up at last year’s event. Organizers developed a manual, “a cookbook of how to do a farm accident rescue training,” he said. The manual helps organize and conduct ag rescue training. “You can look at it as an entire day or as individual areas to work on,” such as silo or grain bin rescue or machinery extrication. The training is a way “to get involved, take it back, and train up their county or region,” he said.

The Marshfield area Agriculture Rescue Training is offered once a year. “We’re trying to create training experts in other areas in the state. This improves access to the training for all departments,” Minor said. “We’re looking forward to training in some other areas in mid-spring next year as a result of this train-the-trainer program,” he said.

The Friday train-the-trainer sessions went well. Some attendees stayed for Saturday’s field training and were able to help at the individual stations as teachers or observers.

Minor said the large-animal session may be expanded to a hands-on training in the future. Ketover’s Dane County-based organization is called when a cattle trailer overturns, a cow falls into a manure pit, a large animal goes through the ice and similar mishaps.

“We’re trying to figure out what kind of a workshop we can have with them and their crew,” Minor said. “They have courses, multi-day. We have to develop something with him in a smaller group. We’ll encourage people to take the full course.”

MacQueen Emergency and Dinges Fire Company, two vendors that sell fire equipment rescue tools, attended this year. “They bring in thousands of dollars of extrication equipment to try,” Minor said. “You get to try out new tools you might not have in your own station.”

Additionally, the training was featured in Facebook live sessions throughout the day and in media coverage.

Beginning in 1981, the National Farm Medicine Center initiated farm rescue training for firefighters and emergency personnel and trained more than 1,400 individuals during the following two decades. The training was reintroduced in 2021. Its revival was made possible through donor support from the Auction of Champions, held annually at RiverEdge Golf Course, Marshfield.

Minor is pleased when firefighters and EMS personnel are able to put into practice what they learned. Just a few weeks before this year’s training, Travis Serocki, chief of the Owen-Withee-Curtiss Fire & EMS District, called to let Minor know they used techniques they learned in class on a call for a tractor rollover.

“That’s the kind of stuff we like to hear,” Minor said. “If we taught you something, and you put it into action, that’s great. That means we’re making a difference.”

For more information about the Agriculture Rescue Training program, go to agrescue.org.

Learning by the Chopper (.jpg) 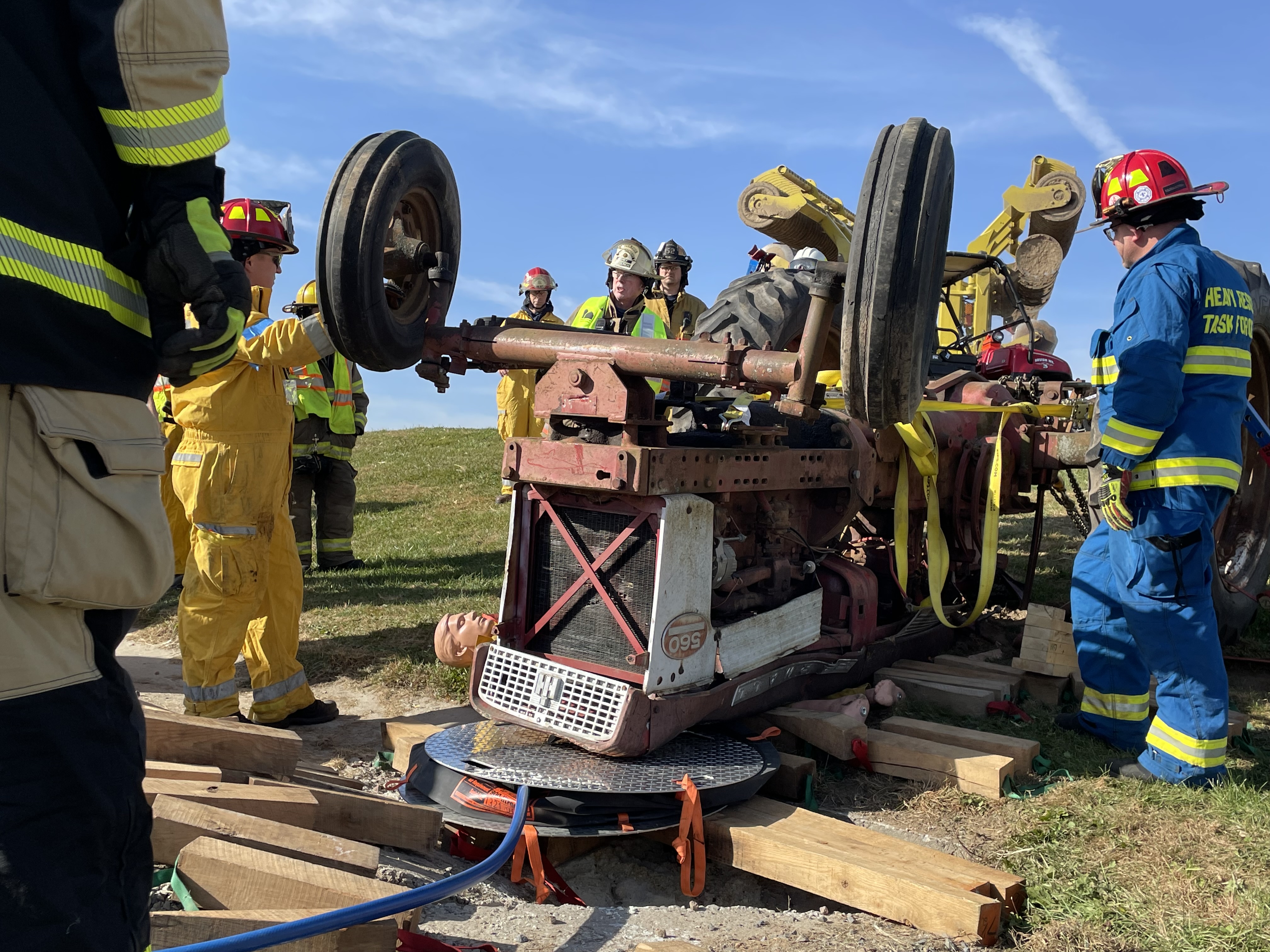 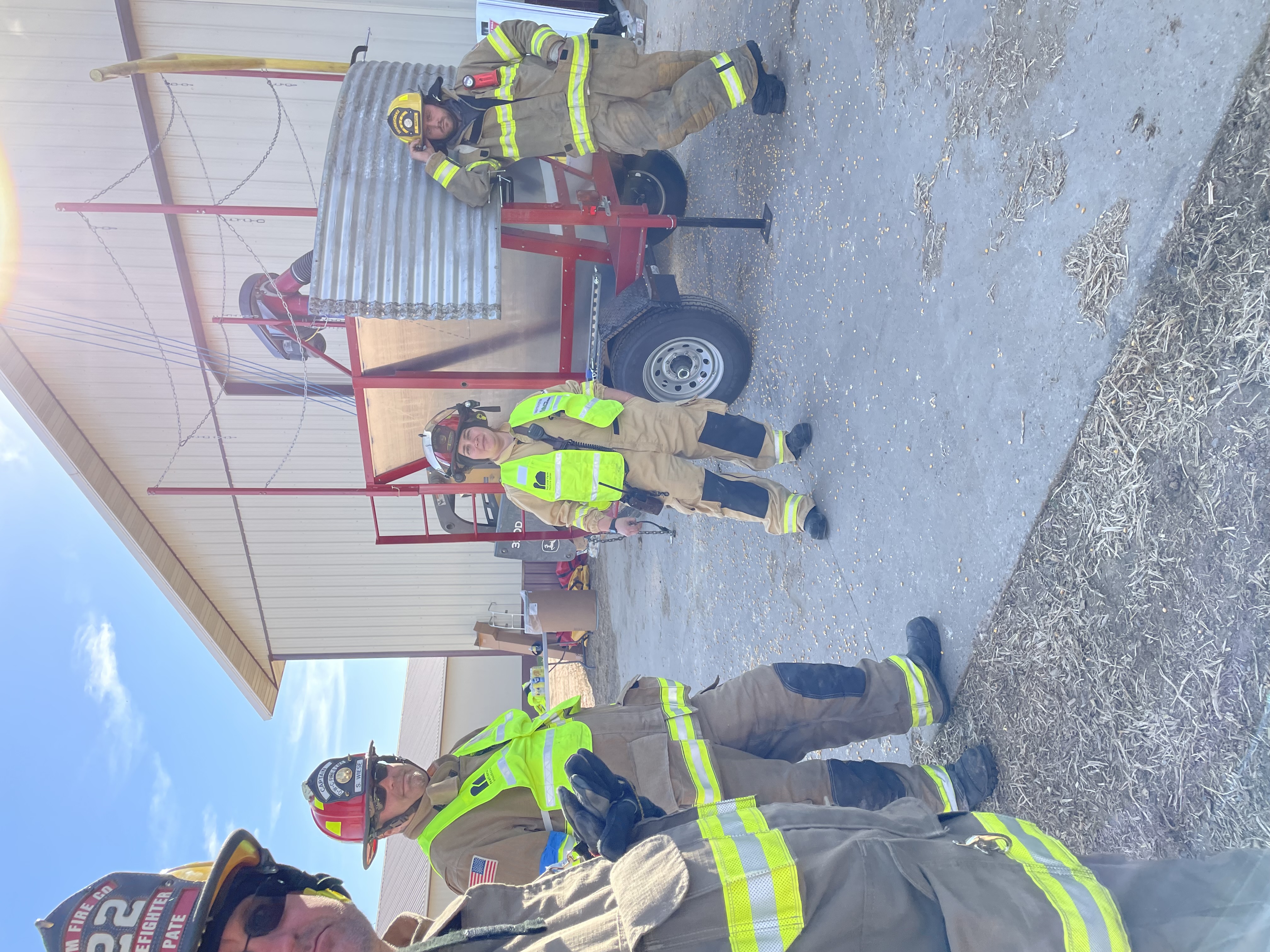 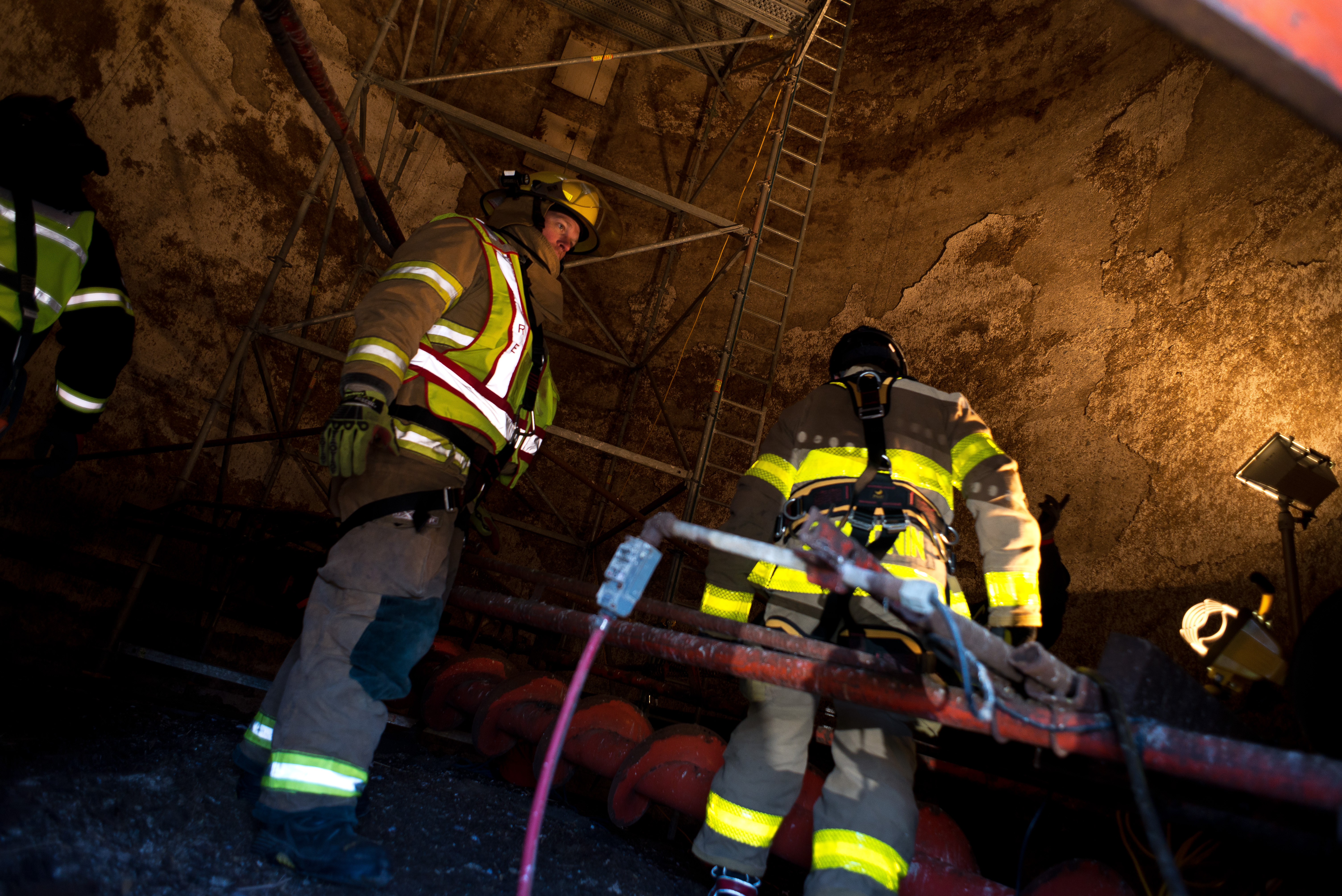