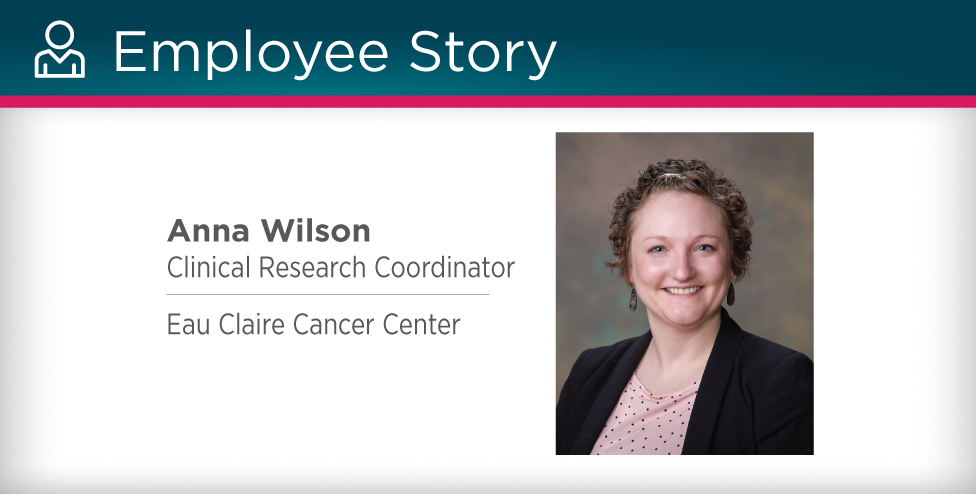 Marshfield Clinic Health System recently shared a story for Buddy Check 13 with WEAU, a news channel in Eau Claire, about a young mother who overcame ovarian cancer and turned her fight to research.

In November 2016, Wilson had a gut feeling something wasn’t right.

“I remember asking right before hand, ‘there’s no way this could be cancer right?’” she said.

But it was; and an ultra sound led to Wilson’s diagnosis a month later. By early January, she had a hysterectomy and found out each of her ovaries had two-inch tumors. She not only had endometrial cancer, but also ovarian cancer.

“I knew it was going to be a wicked battle,” Wilson said. “But, after meeting with my oncologists, Dr. (Dale) Larson and Dr. (Arlene) Gayle, I knew I had a spectacular team in my corner. The compassion that they and their team showed to me will forever be embedded in my mind.”

Plans for having a family suddenly change

Wilson said she was most upset because her vision of expanding their family was gone in the blink of an eye.

“The good days are starting to overpower the bad days, but there are still days I sit here and I’m like, ‘What happened?’” she said. “In a matter of hours, my choice to have more kids – we wanted three or four kids – that was just taken away.”

With Wilson’s upbeat personality and love from family and friends, she was able to find a new passion to devote her time, to get back at what took so much away.

“By me going back to work especially in oncology research, it’s kind of my way of saying, ‘OK cancer, you took a lot from me, but I’m doing things in the background that it’s going to get you back,” Wilson said. “Karma is coming, cancer, don't you worry.”

More than 50 percent of cancer patients are cured, largely because of laboratory and clinical research leading to the discovery of new cancer treatments.

“Inevitably that’s true, but we're nowhere near where we need to be to increase the cure rate from 50 to 60…70…80 or 100 percent, or preventing cancer from developing which would be another avenue of research,” said Dr. Dean Delmastro, hematology and oncology physician.

Delmastro works with patients as part of clinical trials, and says while participation is low across the country for clinical trials; the numbers have gone up in recent times.

“The funders of research have realized it isn’t just the youngest and healthiest of patients who unfortunately have cancer who need to participate in trials to test new therapies. It is the average person,” he said. “Because we live in an aging world and cancer is more common as one gets older, many of our patients are geriatric.”

Although Wilson would like to be part of a clinical trial, none were available for her. So, she will continue to work from behind the scenes.

“This is my way of sticking it to cancer,” she said. “Every time they sign up on a clinical trial, they’re doing something that’s going to help people in the long run. We won’t see the published results right away, but that’s my dream, that I enrolled people on that study and I helped coordinate so they could get to their appointments. So in the long run, we can eradicate cancer.

“Additionally, it has been quite an amazing experience to not only be a cancer patient with Marshfield Clinic, but to be employed here as well.”